As Delhi took to the streets on the last weekend before Diwali, we made our way to what promised to be an exciting afternoon. While the festival of lights was slowly shining through all activities last week, we were also busy preparing to host a Pre-Diwali treat for some of our special guests…

Jaypore was the proud host of The Sari School Workshop with textile enthusiast and India’s sari scion Rta Kapur Chisthi. To share the love for the unstitched garment and to celebrate the six yard wonder with a chosen few, we invited Ms. Chishti to conduct this special event.

Rta Kapur Chishti has travelled to all the traditional handloom centres across India and studied the weaving, dyeing and draping methods that are chronicled in her book ‘Saris: Tradition and Beyond’. A workshop that would present a vignette from her treasure of knowledge to Jaypore’s keen followers and handloom enthusiasts seemed like the perfect setting for a Saturday.

The workshop began with an introduction into the history and tradition of the saree, its journey from the single garment adorning an Indian woman centuries ago, to its adaptations and regional interpretations today, that are a reflection of the ever-evolving milieu in which the saree is created. In her inimitable style, Ms. Rta Chishti went on to share a glimpse of the various design differences and regional flavors that define the saree today, with illustrations from each region leaving the participants with enough fodder to ponder over. 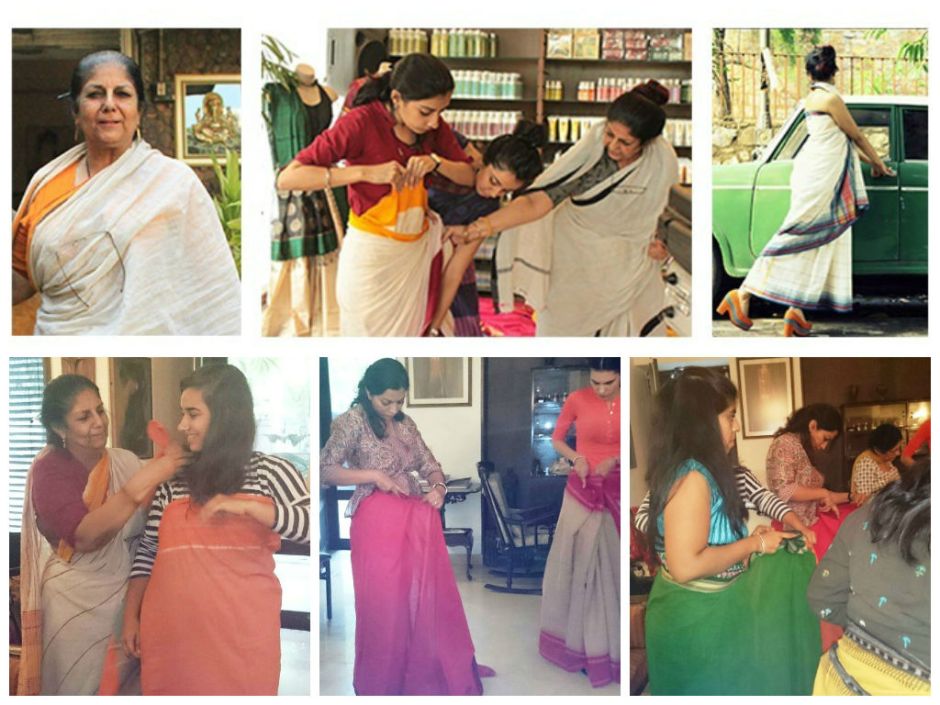 Even as the attendees questioned, agreed and laughed at an anecdote or two, the last segment of the workshop left them hungry for more. Crowding around the room with a sari in hand, everyone gathered around Ms. Chishti as she went on to teach four regional styles, ranging from the experimental Coorg style with pleats behind the back to the adventurous Venukagundaram of Andhra Pradesh, with room for styling as per the desires of the wearer. 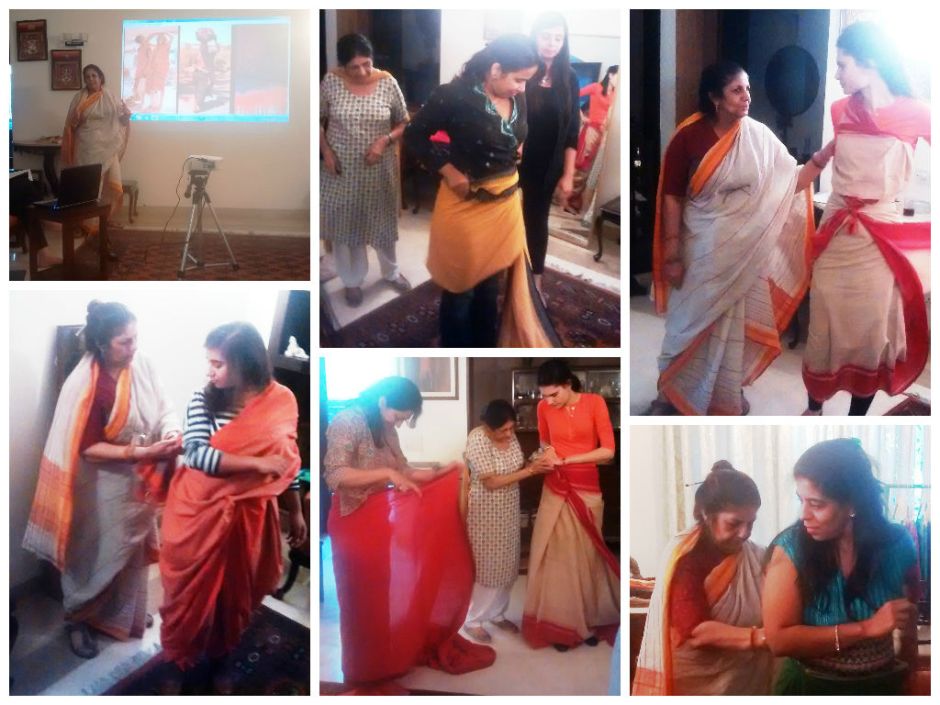 The workshop ended sooner than anyone would have liked, but it left everyone with a desire to embrace the sari in its free-spirited form and to remove it from the shackles of being a tiresome engagement.

Ms. Chishti wears her six yards in less than two minutes. While we wouldn’t compete with that, we do hope to bring lovers of this wondrous weave a little closer to its limitless beauty.

Interested to participate in The Sari School Workshop? Write to us at journeys@jaypore.com