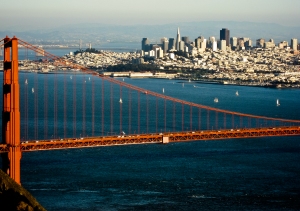 San Francisco, the undeniable global capital of liberalization and the birthplace of the hippie revolution and the gay rights movement, has for centuries been associated with culture, arts and creativity.

And yet, little is known about how this liberalization came about. The end of World War II saw the emergence of a new genre of writers and poets in America that came to be known as the “Beat Generation”.  These were the true bearers of progressive culture, disregarders of pre-established standards, experimenters of religion and sexuality and expressers of liberalism through appearance and style. Allen Ginsberg’s Howl, William S. Burroughs’s Naked Lunch and Jack Kerouac’s On the Road are among the best known examples of Beat literature. Both Howl and Naked Lunch were the focus of obscenity trials that ultimately helped to liberalize publishing in the United States. This generation of literary revolutionists was what gave birth to the liberal uprising which later led to the Summer of Love or Hippie Revolution. And it all began in San Francisco. 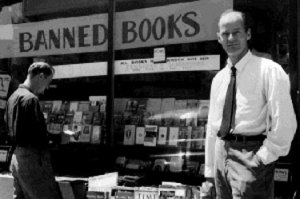 In the heart of the city, sits an icon that has since the 1950s stood witness to it all and has become a symbol of the Beat movement. City Light bookstore, founded in 1953 by poet Lawrence Ferlinghetti, is an independent bookstore that specializes in world literature, the arts, and progressive politics. A literary landmark, it is a must visit icon for literary aficionados and aspiring authors and anyone else who wishes to immerse himself in the cultural expanse of San Francisco.

Here’s a book store where you are likely to find the most obscure titles, several smaller hard to find, specialty publishers and an in-depth curated selection within poetry, fiction, translations, politics, history, philosophy, music and spirituality.

City Light’s publishing arm publishes a wide range of poetry and prose titles of their own, supporting both local and international authors and rarely conforming to norms of censorship and conservatism.

Now a three storied delight, the bookstore still maintains its intimate, comforting charm. You are invited to stay a while and immerse in the depth of words and partake in the ‘great conversation’ with other hungry literary minds.

Immerse yourself in wordy treats from around the world.