Slowly one stitches together the layers of frayed fabric

Slowly, step by step, does one tread the path

Slowly and steadily one scales the mountain

Kantha embroidery is a distinct style applied to the creation of coverlets. Traditionally the Lep kantha of old, involved poor village women sewing together layers of old cloth, mostly sarees, with intricate stitches. The thread used for the purpose was pulled out of the saree itself. Their meticulous artistry transformed worn out rags into extraordinarily beautiful creations that could withstand further usage.

Old, frayed cloths, usually sarees, receive a new lease of life, also charting the story of a new life for the women engaged in this craft. Kantha holds a very special place within the village life in Katna, West Bengal. Making kanthas is a ritual activity as they are used to wrap and protect precious objects. Baby kanthas are prepared for the newborn. At her marriage every girl receives an intricate kantha that her mother would have worked on for years. A kantha is also used during cremation ceremony to cover the dead. 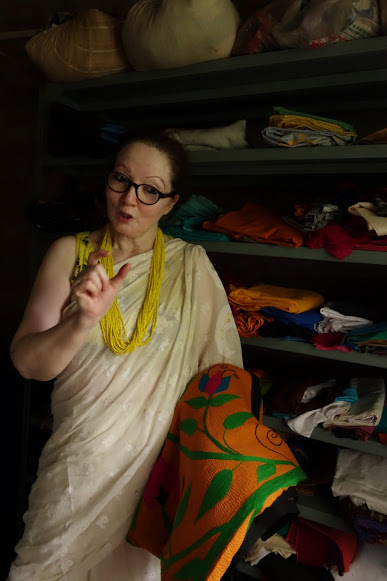 Born in this village in West Bengal, Shabnam Ramaswamy’s convent school education was followed by a marriage at 16 to a man twice her age. Eight abusive years later, she found a window to chart a new course for herself, even though it began with two months in a shanty at Sealdah Railway Station, alongwith her two children. Working her way out of poverty and becoming an interior decorator of repute, she found herself in Delhi a decade later and began working with street children around the Delhi railway station. During her time here she met journalist and filmmaker Jugnu Ramaswamy, and formed Street Survivors India (SSI), first in Delhi and then in Katna.

Under the SSI banner, the label Katna’s Kantha was born. It represents the collective effort of a growing network of women, from Katna and neighbouring villages in the district of Murshidabad. Spearheaded by Shabnam Ramaswamy, is a livelihood generation programme that has taken this traditional and evolved skill of village women to economically empower them. Katna’s Kantha is a Street Survivors India project that strives to work with communities in Murshidabad through a holistic approach, recognizing the inseparable linkage between empowerment and livelihood. 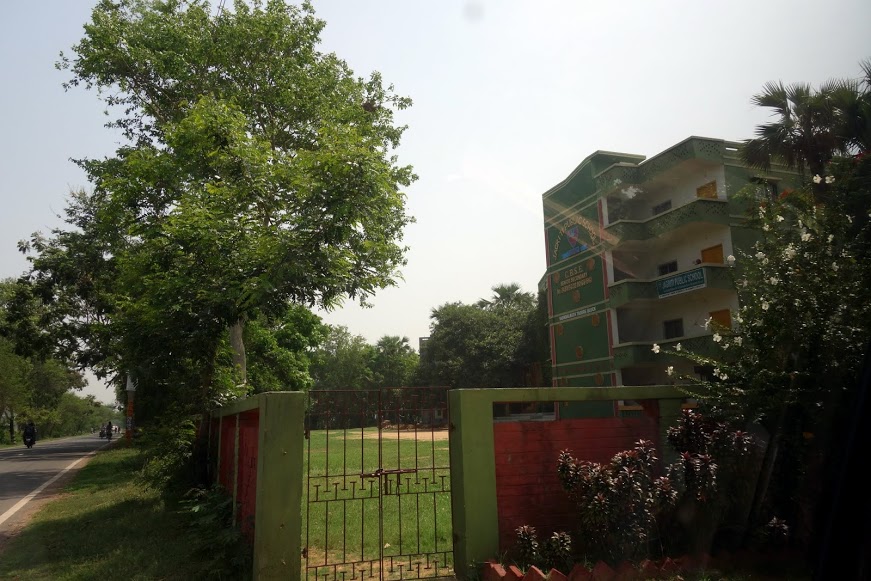 Along with a kantha embroidery collective, SSI also runs schools in the neighbourhood. The earnings from the collective are pooled as resources for the school to subsidize education for children of the women workers.

In this village within the Murshidabad district of Bengal, Kantha is not just a sewing together of layers of old cloth. It is a part of people’s lives and memories. And an apt framework for creating income generating opportunities for women in the area, representing the collective effort of 1500 women from 125 villages. Several women from the collective have become leaders, one of them summing it up thus, ‘When we look back to what we were, we cannot just recognize ourselves. I never commanded so much respect in my life. I never knew women could be respected and it all happened because of this work.’

One response to “Katna’s Kantha: Crafting Lives in Murshidabad, Bengal”