Who would have imagined fusing Brass and Rock together would create something so beautiful. Presenting Rock Dhokra by Devrai Art Village. Brainchild of Mandakini Mathur, a filmmaker, teacher and social activist and Suresh Pungati, an art teacher and an award winning adivasi craftsman from the Madia tribe. Under their stewardship, three ‘Dhokra’ artists from the Naxalite affected Gadchiroli region made Panchgani their home and started work under a Ficus tree at Devrai, Mandakini’s land, in October 2008. Soon, master craftsmen from Chhattisgarh region also joined in. Devrai Art Village was born.

The original art form known as Dhokra art uses lost wax technique and traces its origin to the Mohenjodaro Dancing Girl around 2500 BC. Largely prevalent in Chattisgarh, West Bengal and Orissa as Tribal Art, it is admired for its primeval simplicity and folk designs. In Devrai Art Village, a new dimension has been added to this ancient lineage by creating a fusion of stone and brass- a technique never tried before.

The Rock Dhokra process first creates the shape of the end product in bees wax around an appropriately chosen rock. The rock is fused with molten brass in a high temperature kiln. While overcoming the technical challenge is one thing – achieving the fusion requires just the right temperature conditions – visualizing a whole form around a simple rock needs a gifted eye. 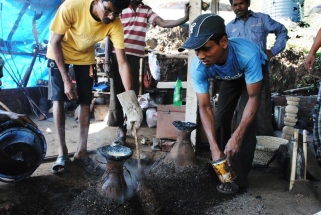 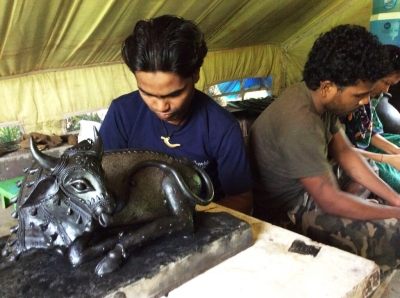 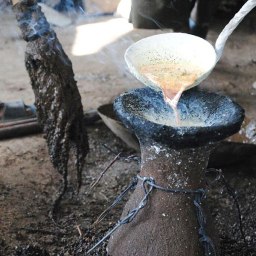 The team at Devrai Art Village(DAV) has strived hard to create an environment that offers opportunities to explore the linkages between indigenous art and nature, where nature itself becomes a source of aesthetic inspiration. Each artifact of DAV is born out of a cross pollination of ideas- between the old and the new, the urban and the rural. DAV believes that traditional art has to be both rooted and organic. Hence experimentation with mediums and designs has been their driving force. Devrai Rock Dhokra, their patented innovation, is an example.

Through a robust apprenticeship programme, they are training young adivasi youth and thus ensuring that skills pass on to the next generation. The team is also documenting and exploring, using the film medium, the tribal way of living, their beliefs and culture and their tenuous relationship with Nature.

As stated in The Hindu, In Devrai Art Village, a new dimension has been added to this ancient lineage by creating a fusion of stone and brass- a technique never tried before. The artisans create beautifully crafted sculptures like “Frog Party” with two frogs eating and drinking seated on a branch, “Musician couple” with a lady holding their baby and her husband with a music instrument, a baby in womb demand attention in the show. 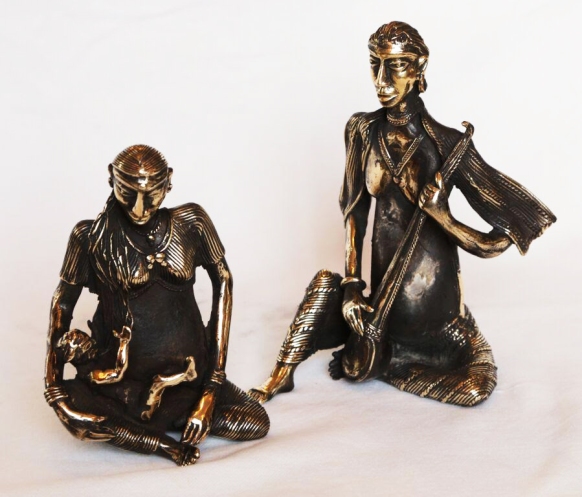 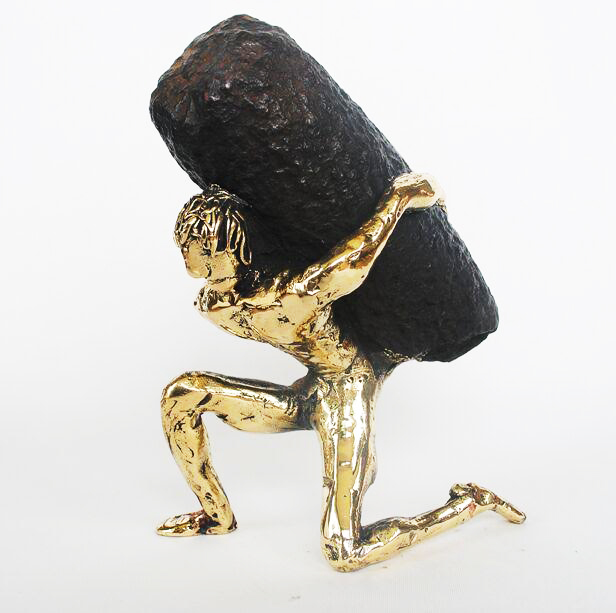 In the future Devrai Art Village plans to create a platform where artists from across the country can share their works and skills. They believe that with exchange of ideas, there will be newer designs. They also personally train people who are interested in Rock Dhokra Work as an art form and hope to eventually build a thriving community with housing and other amenities.

An experience at Devrai Art Village will definitely last long in your memory. The daily rituals of the people here, the process by which they make their products and their undying spirit, are all very inspiring.

There was an error retrieving images from Instagram. An attempt will be remade in a few minutes.