With a lush ponytail and what seem like a dozen gold rings, Erroll Pires Nelson certainly has some serious style. At 6 feet 3 inches, he also towers over almost everyone. That persona evaporates the second he starts talking in his gentle, dulcet tone, telling the story of how he, an ex-National Institute of Design (NID) professor, traveled to the desert and became a ply split braiding artisan. Using recycled industrial yarn and his exceptionally long thumbnails, Errol creates magic as he deftly locks and interlock one twisted cord through another. 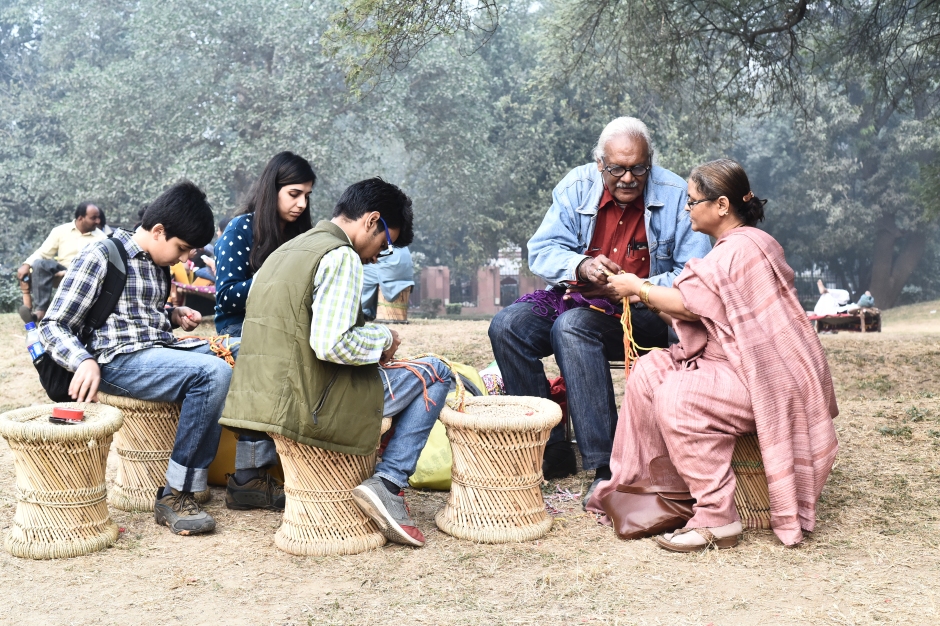 After graduating from NID in 1970, Erroll started working for the leather division at Tata Exports traveling frequently to different cities in the country. A lot of traveling also meant waiting at airports. During one such wait as he was introspecting on life when he decided to escape the corporate world and find something more fulfilling. That turned out to be a job teaching budding designers at his alma mater in 1984.

But a creative spirit can never be at rest, it gets bored with routine. As a teacher, Erroll had a lot of time on his hands and was looking for something new and challenging. A colleague told him about camel belts (straps used to secure merchandise on to a camel’s back) sometime in 1985, which he researched with little success, except finding that this was a languishing craft with not many practitioners left. Intrigued, he traveled to Jaisalmer, Rajasthan to find out more but after unsuccessfully waiting for an artisan who made these belts, he returned to his hotel dejected.

(LtoR: A pastoralist holding a camel belt or tang made with ply split braiding; the intricate details of a tang)

Fate works in curious ways. The owner of the hotel where he was staying overheard his conversation about camel belts with a colleague and told him about a tang – as the belts are known in the local language – artisan living in a desert village about 55 kms away.

On an exceptionally sunny day, Erroll, in totally non-sensible footwear for the desert, took a ride in a ramshackle van to this village. Since this was the only vehicle plying between the desert and civilization, he made the driver swear the van wouldn’t leave without him. With trepidation in his heart about what he would or wouldn’t discover, slippers that sank in the hot sand and a lingering fear that his ride might leave without him, Erroll made his way to a tiny hamlet or dhani.

He broke through the language barrier with a lot of gesticulating to find an artisan who made tangs. The artisan became his interpreter and guide and taught him some basic braiding, which he employed to create his first braided motif. A personal tragedy led him back to the desert and this time around he found his way to Ishwar Singh – one of the last tang makers left. After some deliberation, Ishwar Singh accepted Erroll as his apprentice and taught him the nuances of ply-split braiding over several years.

(Errol, the master craftsman at work in a video by http://www.moowon.com)

The most important lessons taught by his teacher were not really about the craft. These were, Erroll says, “To practice the craft diligently, to not be selfish and share knowledge freely, and to not learn the craft for name, fame or money but to enjoy the journey.” And he has followed his teacher’s advice thoroughly. From practicing up to 14 hours a day, sharing the knowledge through the many workshops he conducts at design schools in India, UK, US, France and Belgium and enjoying the journey by challenging himself to take the craft to a new level – for example making a seamless, wearable dress using the technique. This first dress is now a part of the permanent collection at the Whitworth Museum in Manchester. 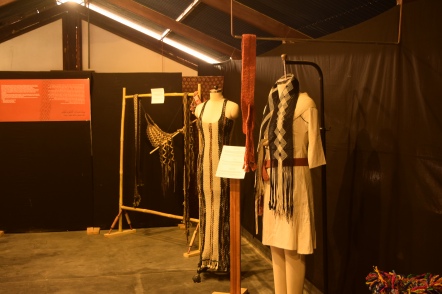 (LtoR: Errol’s ply split braided dress at an exhibition; the collection on Jaypore)

Widely agreed to be the last master of ply split braiding, Errol has elevated the craft to create ‘happy’ containers, wall hangings and bags, available in India for the first time only on Jaypore. But more than the accolades he has earned, Erroll most remembers the moment when Ishwar Singh gave him his own goonthni, the wooden tool used to make the tang, an act that signifies trust in the student to keep the craft going. This, Erroll believes is his defining moment on the journey from being a designer to an artisan.