You could have been excused for mistaking it for an amusement park. Toddlers running amok and families sitting about munching fast food on a Saturday afternoon is a very atypical introduction to an Art Fair, especially one that has become in its young (seven year) life India’s biggest art event of the year.

The India Art Fair (previously the India Art Summit) has made it its business to give art a rightful place in the country’s cultural sphere. In its recently concluded seventh installment, the NSIC Grounds at Okhla in South Delhi played host to this annual event that in 2015 had nearly 1100 works on display.

Every year an estimated 100,000 flock to this fair and the art scene in Delhi prepares itself to partake in the buzz with lots of seminars, museum shows and of course glittering parties happening around the city during the time of fair’s run.

This year, nearly 85 galleries showcased paintings, sculptures, installations, photography and more, with several displays being sold before the fair opened to the public on Friday.

And the public did come, in their art-event best, with overheard conversations ranging from art students dissecting post-modernist expressions to curious visitors’ “let’s take a selfie” before brightly colored displays. Beyond the wine clinking and Perhaps it defines what the fair is…a space for both these voices to gather under one roof for art’s sake.

While we wait for this annual treat to return next year, join us for a little walk among the galleries… 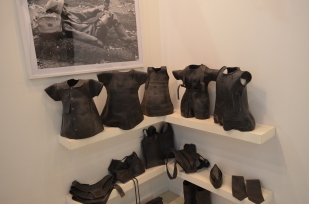 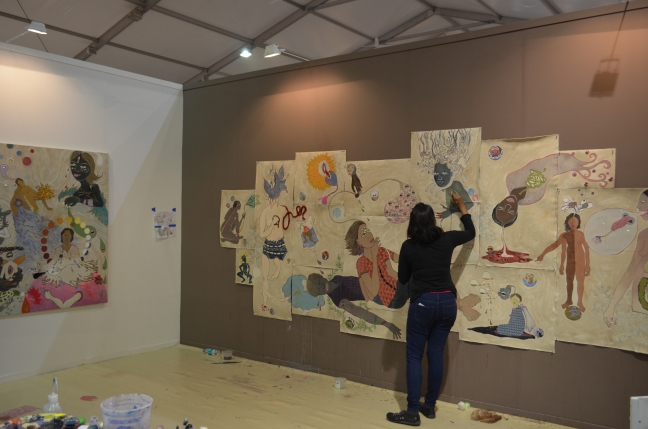 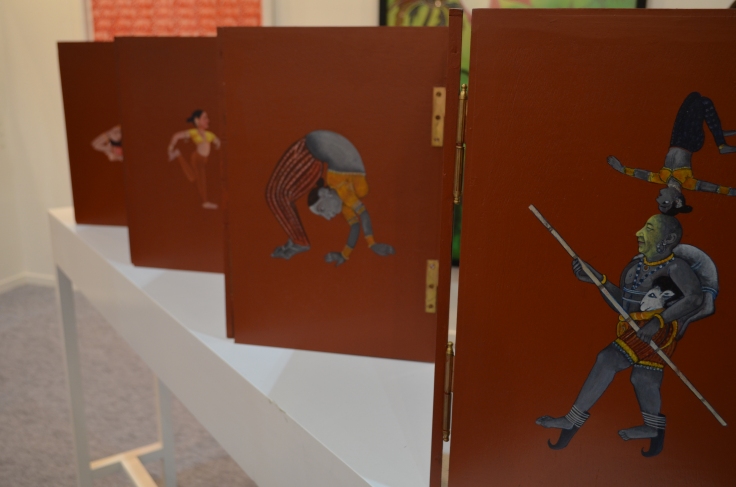 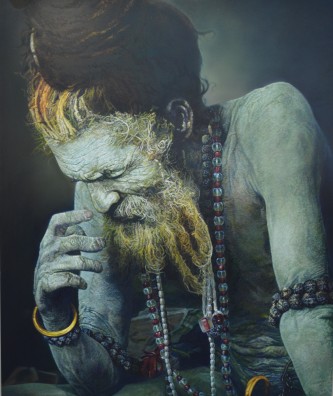 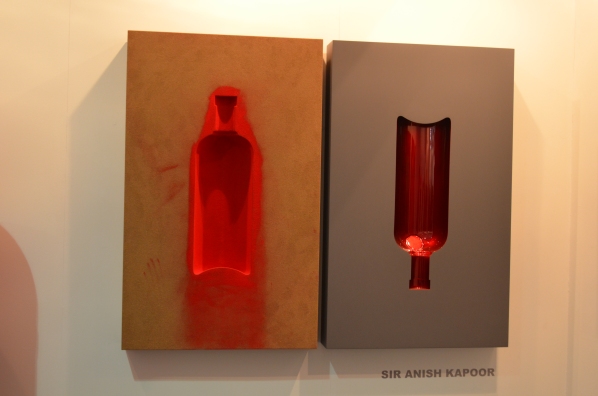 – Text and Images by Manika Dhama