Inside Story: The Jaypore Muslin Bags

The technologies of the most beautiful things are simple. The simplest silhouettes make an avant garde garment, a memorable piece of music portrays a simple thought, a complex computer language aims to solve a simple but critical problem. “Simplicity is the ultimate sophistication” – Leonardo Da Vinci, 16th Century polymath.

It’s the simplest things in life that are the most beautiful. Like the simple muslin bags that deliver Jaypore’s most beautiful products to eager customers all over the world. We use these bags because they are not only pretty to look at but also because they represent something much more lasting. The empowerment of the women who make them. This is the story of how these bags were born and of Jaypore’s commitment to supporting handmade crafts. 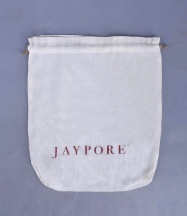 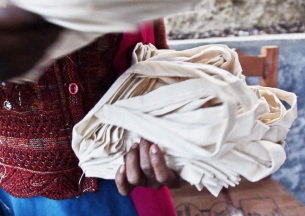 Six-thousand feet above the sea, nestled in the emerald green mountains of Uttarakhand’s Nainital district lies the small, remote village of Satoli. This is where Deepa Pathak moved to with her family in 2004 to start a small sustainable tourism initiative. The initiative endeavored to bring positive change in the lives of the people of Satoli by providing gainful employment. But soon the complexities and nuances of life in the mountains turned that into one lofty, seemingly insurmountable idea. The economy of Rural Uttarakhand is mainly based on remittances. Most able bodied men either join the armed forces or migrate to big cities for employment. Women are left behind to look after the children and the elderly; forage the forests for fodder and wood for fuel, work the farms & take care of the cattle. A large fraction of the men left behind suffer from alcoholism and domestic abuse is rampant.

With this as the backdrop it soon became clear that to effect even an iota of change, inexorably linked issues like livelihoods, health, education, gender equality & conservation, would have to be addressed in totality. And this was going to be all uphill. The trust & confidence of the village community was slow to build up but after about 7 years there was a marked difference in the quality of life of families who were directly or indirectly associated with the tourism project. It was now time to address the trickiest issue of them all – financial and emotional empowerment of the village women and this came about in September 2011 with the inception of Deepa Pathak’s Chandi Mati Initiative that among other things, makes the Jaypore Muslin Bags. Starting with just 5 women in a small shed in the resort compound with 5 sewing machines, the organization gradually overcame issues like the general mistrust built around ‘city folk’ in rural areas and the reluctance of the women themselves to go out and make a living.

All that changed, slowly but surely, and today Chandi Mati trains and employs about 60 women from 4 villages who are involved in every stage of the creation of products like muslin bags (the best-sellers!), quilts, table linen, computer/tablet sleeves and phone covers . The designs are minimalistic and stylish and the products use the simple Kantha stitch or running stitch to maximum advantage. The Kantha stitch was chosen because it is very easy to learn and is versatile in application. 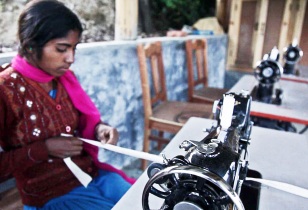 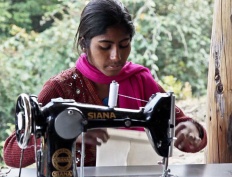 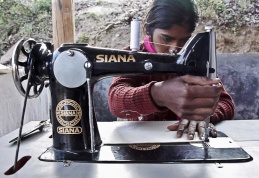 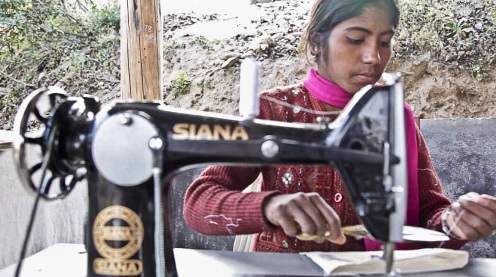 The initiative found willing outlets both in India and abroad to sell their products; Jaypore being one of them. Products made of simple Muslin have enabled the women, nearly all of whom own no land and hence have no opportunities for agriculture – related earnings, to have not just financial independence but also more dignity and the money & motivation to groom themselves further. Chandi Mati is also a safe haven where they can share their dreams, joys & sorrows with each other. It has also enriched their lives with simple things like buying an LPG connection and saving on endless trips to the jungle to find fire wood. 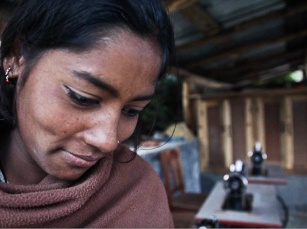 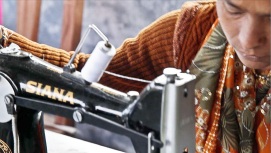 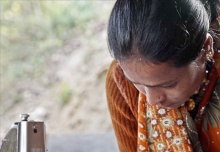 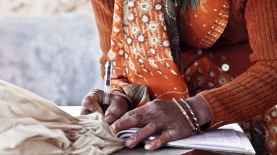 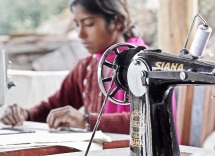 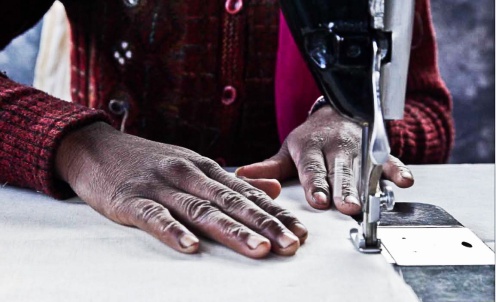 This band of sisters coming together to effect positive change in their own lives has also given Chandi Mati a platform to tell them about the various Government welfare schemes, a chance to connect them with reliable healthcare professionals and to act as a bridge between them & the well meaning, talented & educated people from the outside world who want to do their bit for the society.

And to think it all started with simple muslin bags.