This red and black play on cloth is an embroidery so fine that it looks like weaving. Toda embroidery created by the Toda tribe inhabiting the Niligiris, is reversible and they consider the rougher underside of the fabric as the ‘right’ side.

The Todas are a small pastoral community who live on the isolated Nilgiri plateau of Tamil Nadu. Before the 18th century, the Toda co-existed locally with other communities, including the Kota and Kuruba, in a loose caste-like community organisation in which the Toda were considered superior to others. The Toda population has hovered in the range 700 to 900 during the last century. Although an insignificant fraction of the large population of India, the Toda have attracted (since the late 18th century), “a most disproportionate amount of attention because of their ethnological aberrancy” and “their unlikeness to their neighbours in appearance, manners, and customs.” The study of their culture by anthropologists and linguists would prove important in the creation of the fields of social anthropology and ethno-musicology. 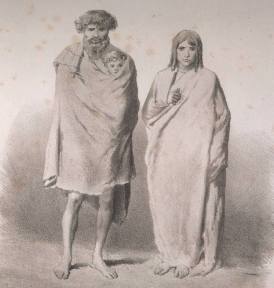 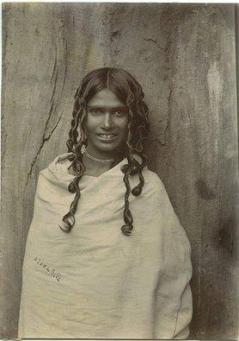 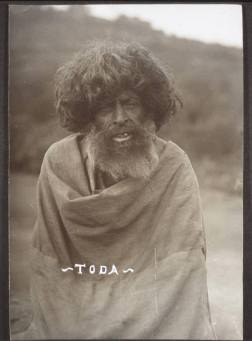 The Toda traditionally live in settlements called Mandh, consisting of three to seven small thatched houses, constructed in the shape of half-barrels and spread across the slopes of the pasture. They traditionally trade dairy products with their Nilgiri neighbours. Toda religion centres on the buffalo; consequently, rituals are performed for all dairy activities as well as for the ordination of dairymen-priests. 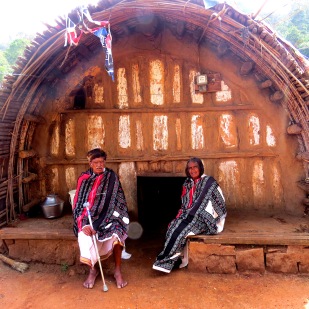 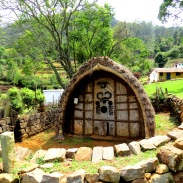 The Toda tribe of the Nilgiri in Tamil Nadu are experts in a distinct style of embroidery that has been passed on through generations. Locally called Pugur, which means flower, the fine and intricate Toda embroidery is done by tribal men and women on shawls. The shawl adorned with the Toda embroidery is called Poothkuli. This particular shawl has alternate red and black stripes at the gap of six inches. The embroidery is done on the stripes of red and black colour. Motifs are worked, by counting the threads. Patterns used in the embroidery are similar to the ones used as tattoos by the Toda men and women in olden days. 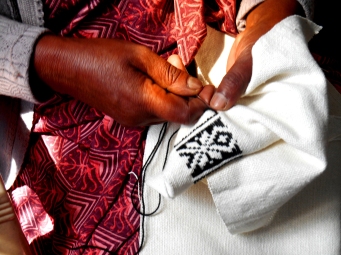 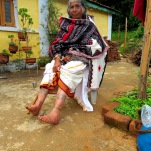 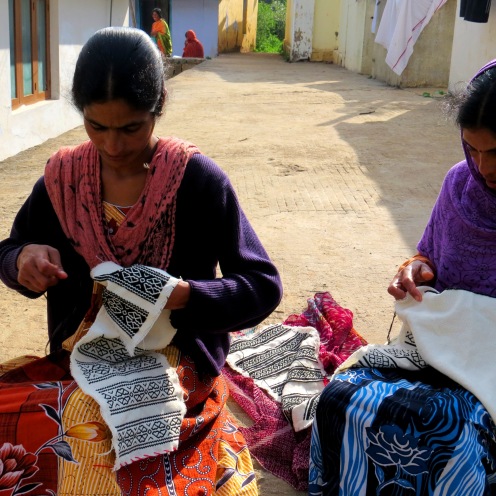 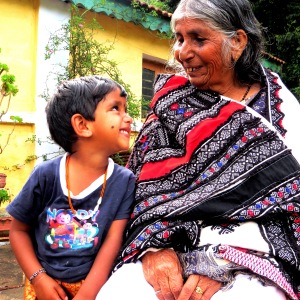 The main material of unbleached, white cotton is woven in a balanced weave structure. On one end of the cloth three stripes-two of red and one of black-are woven into it. It is in these stripes that the embroidery is worked before the two lengths of the fabric are sewn together. The darning stitch is used for embroidering motifs and patterns. While formerly vegetable fibre was used as threads, now embroidery threads are used. The embroidery on the shawls which is done on the left of the black stripe (around the two red stripes) is called the karnol, while the embroidered pattern on the right is called the karthal.

Toda embroidery, unique to tribal Community of the Nilgiris, was granted Geographical Indication (GI) status in 2012.